FRANKFURT — Proponents of battery-powered electric cars talk about range anxiety as if it is some conspiracy to marginalize the technology. Recently, however, one of Germany's strongest EV proponents decided to ditch his Tesla Model S for this very reason, according to information obtained via Germany's Freedom of Information Act. 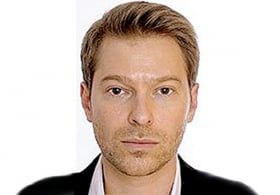 Earlier this year, Johannes Remmel, a member of the eco-friendly Green Party and the environment minister of North Rhein-Westphalia, Germany's most populous state, wanted to test the feasibility of an electric vehicle for his daily use. He decided on the Model S, but after just 43 trips the vehicle was returned.

In an internal memo, a senior aide explained to one of the state's fleet managers in June that while the Tesla's performance was superior to other EVs in the market, it was nonetheless "ill suited" for official business given the distances Remmel needed to cover in North Rhein-Westphalia.

Not only was the certified European range of 500 kilometers (311 miles) impossible to achieve, even 400 km could not be realized with a fully charged battery, the aide said. That meant in practice the environment minister could travel only as far as 150 km before being forced to turn back — otherwise "the style of driving has to be adjusted to an extreme degree to the charge status of the battery." Remmel had to stop at least 90 minutes to replenish some 10 kilowatt-hours of energy at one of the state's conventional charging stations.

More damning was the ministry's conclusion that the Tesla lacked the necessary refinement.

"When it comes to comfort as well as the ability to perform work, the rear bank of seats leave much to be desired for a sedan of its class," the ministerial aide wrote.

Remmel has plenty of time now to test out smaller EV models such as the BMW i3 or Nissan Leaf, since his government was voted out of office in May. When asked what his conservative successor favored, a spokesman for the ministry said the current car of choice was an older Mercedes-Benz S 500 e plug-in hybrid.