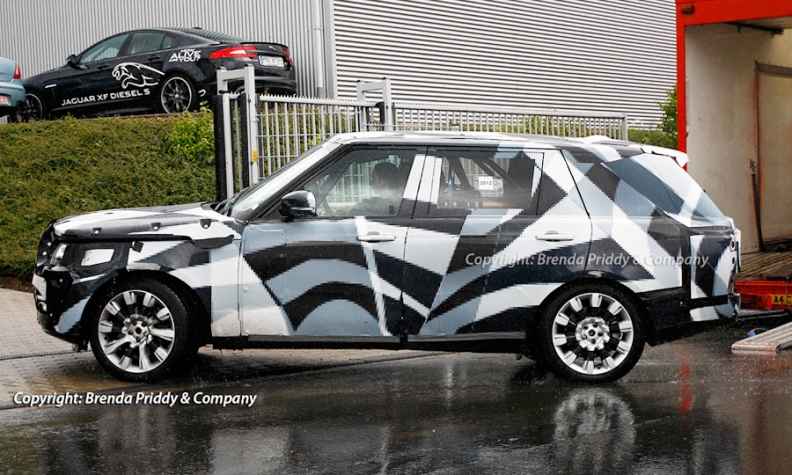 The 2013 Range Rover, due early next year in the United States, will be about 600 pounds lighter than today's aging model and use a new Jaguar Land Rover lightweight aluminum architecture.

Spy photographs indicate there also could be a long-wheelbase Range Rover in the works. It's not clear whether the longer Range Rover will be produced and sold in the United States, but the market seems ripe for it.

The extra room in a long-wheelbase model would allow for a third row of seats and transform the Ranger Rover from a five-passenger SUV to a seven-passenger model.

The added passenger capacity would make the new Range Rover a more viable competitor to the redesigned Mercedes-Benz GL -- the top-selling full-sized luxury SUV in the U.S. market.

The GL's appeal in the SUV-crazed U.S. market is functionality; it's nearly the same length as the Mercedes-Benz S-class sedan, Mercedes' flagship. The new-generation 2013 GL that goes on sale this fall is 201.6 inches long. Traditionally, GL buyers are mostly young affluent families.

Cadillac has an even bigger vehicle. The ESV, the long-wheelbase version of the Cadillac Escalade, is 222.9 inches long. It is expected to be redesigned and introduced in the second half of 2013 as part of an overhaul of GM's full-sized pickup and SUV program.